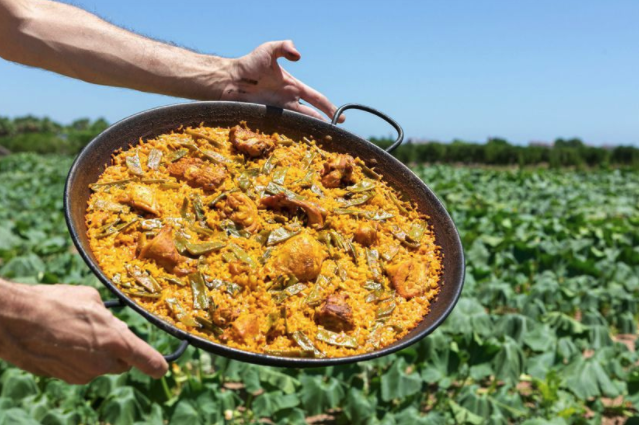 April 20, 2021
VALENCIAN PAELLA IS ON THE POINT OF BEING DECLARED AN ASSET OF CULTURAL INTEREST

Valencia City Council’s Department of Tourism, with the support of the three provincial councils, town councils, Valencian universities, cultural entities, restaurants and chefs such as Quique Dacosta (3* Michelin) and Ricard Camarena (2* Michelin), have called for Valencian paella to be declared an Asset of Cultural Interest (BIC) under the slogan of “Paella Valenciana. The art of uniting and sharing”.

The reasons given in support of this petition are that it is “a traditional and contemporary dish” which constitutes “an integrating phenomenon” and “represents Valencian society”.

All the organizations behind this request maintain that paella is “a symbol of the identity of the Valencian region that has endured over the years, being passed down from generation to generation”, and that the customs and practices of making the dish have also been maintained.

They also claim that paella is a “cultural icon of Spain” in that it has become an extremely well-known dish internationally.

It is also regarded as a social phenomenon, given that in the preparation and making of paella “you can identify a tradition and customs that revolve around it, and the social event it involves: a sense of community, the gathering together to prepare it, eat it and also share it. There are festivals and traditions at which entire villages come together to celebrate its preparation and serving.” For these advocates of paella, these facts make it the “ideal example of the hospitality, good neighbourliness, intercultural dialogue and respect that characterize our region”.

For this reason, the technical committee responsible has defined the paella as “a very precious intangible asset, with a historical and cultural tradition of great importance at every level, whether local, regional, national or international”.

The Vice-Mayor of Valencia, Sandra Gómez, expressed her satisfaction at this recognition, noting that they would “continue moving forward to achieve Intangible Cultural Heritage status for paella”.

More than a recipe or a plate of food, Valencian paella represents our own way of life and of appreciating gastronomy.

Once the paella has been declared an Asset of Cultural Interest, the next step will be to submit its candidacy to the UNESCO World Heritage committee. Do you think we’ll achieve it?

We use analytical, advertising and third-party cookies for analytical purposes and to give you the best experience on our website. You can learn more about what cookies we use or disable them in the settings.

This website uses cookies so that we can offer you the best possible user experience. Cookie information is stored in your browser and performs functions such as recognizing you when you return to our website or helping our team understand which sections of the website you find most interesting and useful.

This website uses Google Analytics to collect anonymous information such as the number of visitors to the site, or the most popular pages.

Please enable strictly necessary cookies first so we can save your preferences!